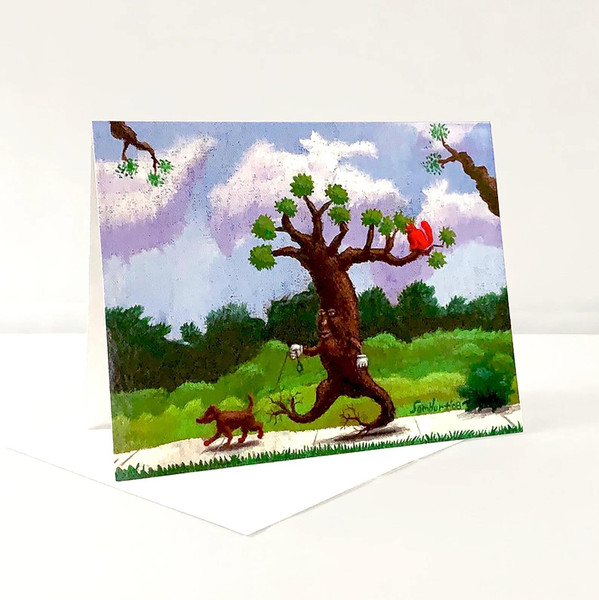 Get to Know the Austin Artist:
Sam Hurt lives and works in South Austin, Texas, where he strives diligently at sculpture, painting, cartooning and sorting laundry.

In 1979, he created the comic strip "Eyebeam," described by the Village Voice as “the best comic strip you never heard of.” "Eyebeam" was a daily comic strip through most of the 1980s, and ran in the Austin American Statesman and other papers around the country.

In 1990, Sam created "Peaches, Queen of the Universe" for United Feature Syndicate. Sam was a founding contributor to The Austin Chronicle with a strip called “Planet Oid”, and in 1995 he produced another strip for the Chronicle called “Schnozzo, the Giant Bat.”

The Austin Chronicle has featured "Eyebeam" continuously since 2006.

And For Worse Greeting Card by Sam Hurt

Chicken of the Seat Greeting Card by Sam Hurt